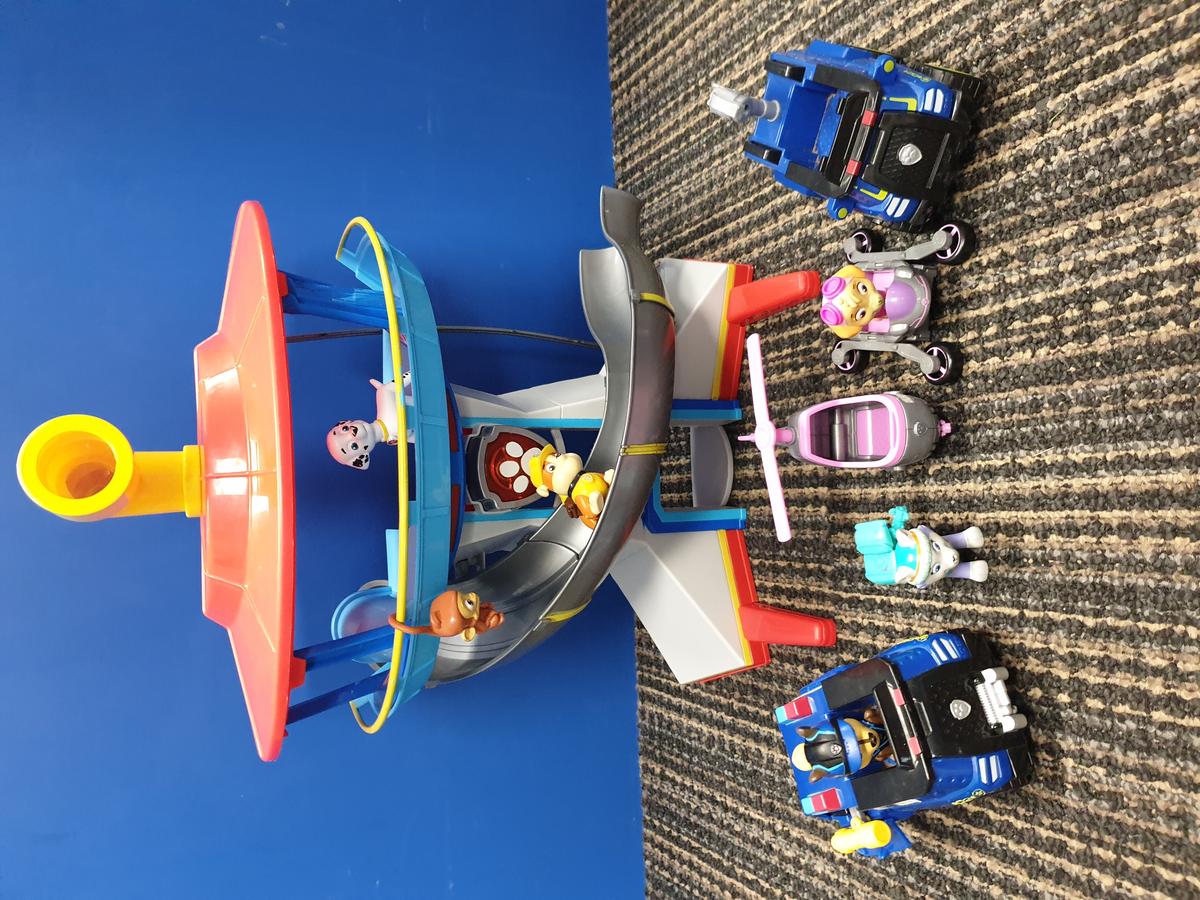 Info! Toy can be reserved.

The Paw Patrol Look-out Tower features a periscope, a working elevator that takes the puppy up to the top of the headquarters and a slide that wraps around the Paw Patrol station. Press the badge on the headquarters to sound the alarm and warn anyone that is nearby, then it's all hands on deck to head to the scene! Need some Paw Patrol help? Call on either Rubble, Everest, Marshall or Chase to help out, while Monkey Mandy cheers them on! Your child's imagination will be lit up with pup inspired rescue missions full of friendship, teamwork and bravery.

Alert! This set will be updated with more vehicles in the future
Warnings! PAW BADGE REQUIRES x3 LR44 CELL BATTERIES